Uncle Gobb and the Dread Shed 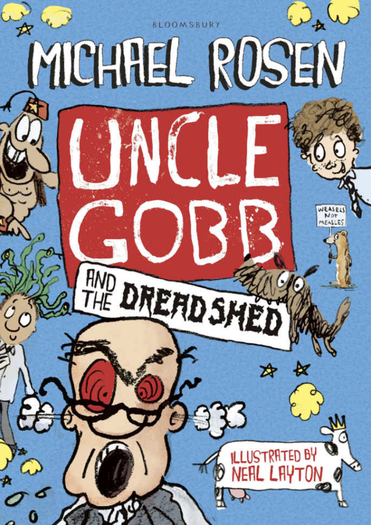 Uncle Gobb and the Dread Shed

Malcolm is in all ways an ordinary ten-year-old. This is a perfectly ordinary story featuring one perfectly ordinary ten year old, his very bossy uncle, some baked beans, a school which tries to make interesting things BORING, the famed Italian city of Ponky, and a genie who appears when you rub your nose. It also includes lots of very useful facts, many of which are untrue.

Rosen doesn't just do funny ... he is funny ... Rosen is the real deal. Children's Book of the Week (Sunday Times)

Ramshackle and silly in the best possible way. (Financial Times)