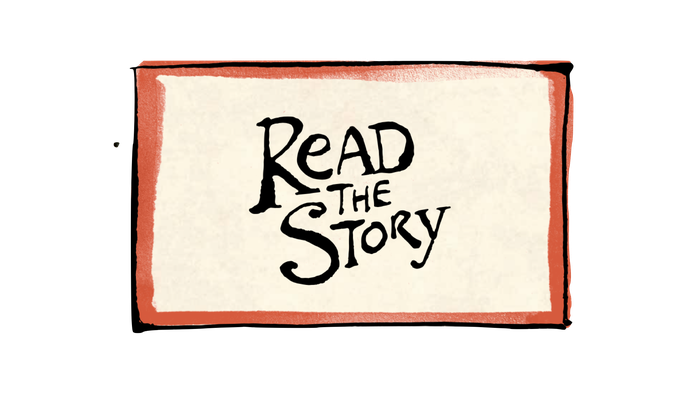 In Chapter Ten King Fred heads out towards the Marshlands to fight the Ickabog. But, how will everyone in the City-Within-The-City walls react when they hear the news?

The tunic was scarlet, with buttons of gold, a purple sash, and lots of medals that Fred was allowed to wear because he was king, and when Fred looked in the mirror and saw how well battledress became him, he wondered why he didn’t wear it all the time. As his valet lowered the king’s plumed helmet onto his golden curls, Fred imagined himself painted wearing it, seated on his favourite milk-white charger and spearing a serpentlike monster with his lance. King Fred the Fearless indeed! Why, he half hoped there really was an Ickabog, now.

The sunlight played upon the golden buttons, silver swords, and the gleaming trumpets of the buglers, and up on the palace balcony, the handkerchiefs of the ladies of the court fluttered in farewell, like doves.

In this part of the story we can see that Fred is feeling very proud of his appearance and wishes the moment could be captured. These days we would do this using a camera. However, in the story a painting is the only choice.

Can you paint a picture of Fred dressed ready for battle?  Use a piece of paper, a canvas or the sheet below. 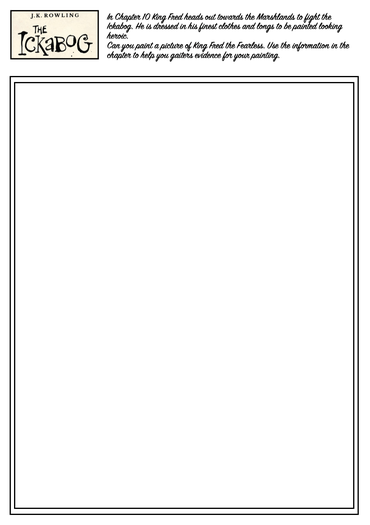 Let's bring this up to date with a little drawing or photography. If you have an Apple device download the Everyone Can Create Drawing and Photography books. They both have a chapter on portraits.

Use a brother, sister, mum, dad or someone standing two metres away and take a portrait photograph or draw their portrait.

You can download the books on the link below...

If you don't have access to the Apple Guides, try following these steps to take a photograph...