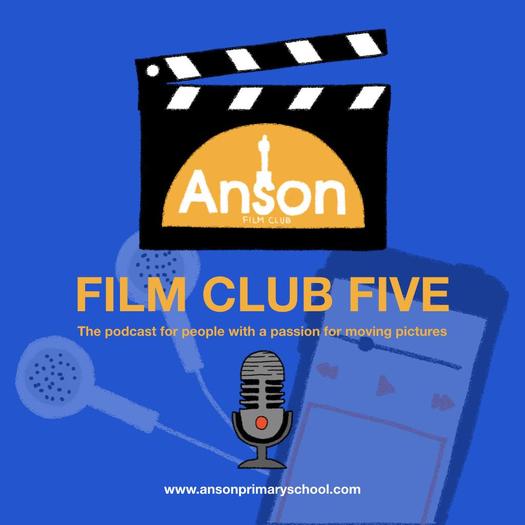 Have you listened to Film Club Five - a podcast from the award-winning Anson Primary School Film Club?

Each week the children watch a film and then record their thoughts on the film, answer the big question and share some humorous ideas based on film.

Listen in on Spotify, Anchor or Apple Podcasts.

click your choice of podcast provider to hear the children.

SEASON 2 is OUT NOW!

In 2020 we decided to set our New Year Resolutions as a school by looking back at the best films of 2019. We chose scenes from these films and the messages that we would all try to follow in 2020. This is the top ten!

The World Cup of Disney

Who will win the World Cup of Disney and live happily ever after? Listen to season two of Film Club Five to find out as each week the team get closer to revealing their winner!
Top
Cookie information
Cookie Notice