This week, you are going to read chapter three. You might like to read alone or with an adult and discuss the ideas contained in the story. If there is anything that you don't understand, please try to find someone to ask, or post your questions on the school blog (you would also be helping other people with their understanding if you do this). Believe me, this book is worth making an effort for.

Remember to keep asking yourself questions as you read; our reading focus this week is Questioning.

Click of the link below to find out some of the most important facts about World War II. You can read through this text with an adult and discuss the questions. 2)  What is the most interesting way to finish each sentence? (Remember that a fronted adverbial is followed by a comma.)

Use this picture as inspiration. You can write a short story, a setting description, a diary entry, ... anything you wish. Just make sure that you follow the non-negotiables: basic sentence punctuation, paragraphing, and neat, legible handwriting. 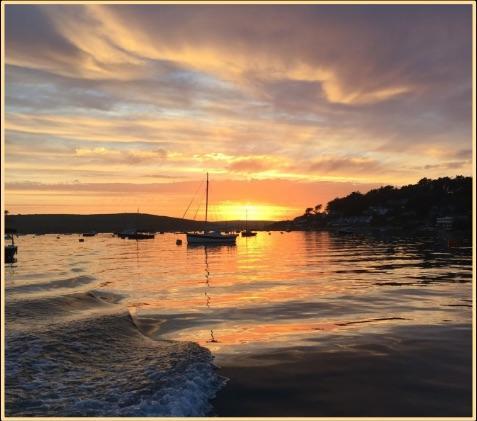 Today, you should edit and redraft your writing from yesterday.

Remember that there are two main features of editing: correcting and improving.

Look out for basic mistakes in punctuation, spelling and grammar. Also look for ways in which you might improve your text.

An adverbial phrase is a set of words (a phrase), acting as an adverb, which add detail to a verb; HOW something is done or WHERE it happened.

E.g.    He spoke as quickly as possible.

Alice spoke in a loud voice.

Hassan spoke with a pen in his mouth.

Highlight the adverbial phrases in this poem.

Then try replacing some of them with new adverbial phrases.

We lost our teacher to the Sea

We’ve been at the seaside all day

doing science in the rock pools.

Our teacher went to find the sea’s edge

and stayed there, he’s sitting on a rock

he won’t come back.

His glasses are frosted over with salt

his beard has knotted into seaweed

his black suit is covered in limpets.

He’s staring into the wild water

singing to the waves

sharing a joke with the herring gulls.

We sent out the coastguard

the lifeboat and the orange helicopter

he told them to go away.

We’re getting on the bus with our sticks of rock

our presents for Mum

and our jotters and pencils.

He’s still out there as we leave

arms out stretched to the pale blue sky

the tide racing towards him.

with a flick and a shimmer he’s gone

back to the sea forever.

A Sea Creature Ate Our Teacher to have an inquisitive mind,

then he told us, ‘Go check the rock pools,

let’s see what the tide’s left behind.’

The muscles on his arm were bulging

as he pushed rocks out of the way

‘Identify what you see,’ he called

‘Note it down in your book straight away.’

In front of us, snaking up from the pool,

was a hideous slime-soaked creature

with a huge black hole of a mouth

that vacuumed up our teacher.

I didn’t actually see him go,

I was looking away at the time,

but I saw two legs sticking out

and trainers covered in slime.

But our teacher must have given this creature

It found out soon that to try and digest him

was simply out of the question.

It gave an almighty lunge of its neck

and spat our teacher out,

He was spread with the most revolting goo

None of us moved to help him

as he wiped the gunge from his head.

We looked at each other and smirked.

‘That’ll teach him a lesson,’ we said!

Think of ideas for an alternative school trip that you could go on where the teacher is eaten. It could be a shopping mall, a theme park, a museum...

Think also about the type of monster who would eat the teacher: what it looks like, and how it smells, feels, sounds and moves.

Then, plan and draft your own poem about a school trip where the teacher is eaten by a monster.  Try to follow the structure of 'A Sea Creature Ate Our Teacher'. BUT ONLY THE SECOND AND LAST LINES NEED TO RHYME AND THIS CAN BE A FAIRLY LOOSE RHYME.

When you are satisfied with your first draft, edit and redraft your poem.

If you wish, you can post your poem on the school blog! It would be great to be able to read your work.

There are no expectations for you to hand in your work but you may want to share it on the school blog!

Login to TT Rockstars and see if you can improve your time. Make sure that you complete at least 3 sound checks every day.

Joe Wicks is running a 30 minute PE session Monday to Friday at 9:00am. Click here to direct you to The Body Coach page on YouTube. Happy exercising!