We would really love to see all your VE Day celebrations on the blog...

VE Day is on the 8th May 2020 and marks the 75th anniversary of the end of World War II in Europe. We were planning huge celebrations with street parties, 1940s music, assemblies, fundraising and much much more. However, you can still find out about VE Day through our simple activities.

Have a go at making your own timeline in this little activity that can be done on a piece of paper or by using a camera or on a tablet.

World War II lasted from 1939 to 1945. There were several major events during the war as you can see from this image.

Your life is split up into events too. Perhaps you remember when your first tooth fell out. Can you remember a lovely holiday? What about lockdown? Where does that fit into your timeline?

TASK ONE - YOUR TIMELINE 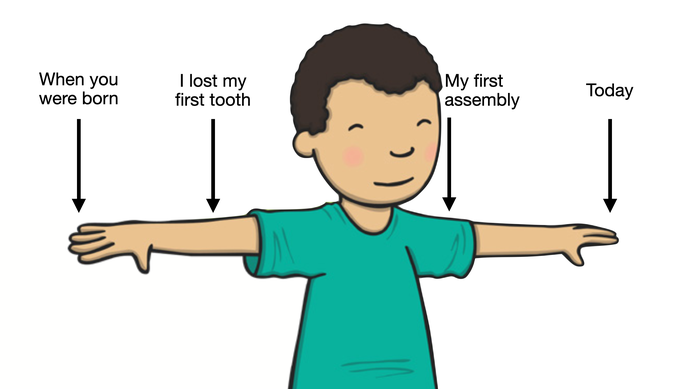 Create a timeline. You can draw yourself with your arms outstretched or take a photograph. Then at one end (the left) write a label to say when you were born. At the other end of the timeline write today (or Lockdown or VE Day 2020). Then at points along your body see if you can plot the big events in your life.

World War II saw almost every country on Earth get involved in the conflict. Some were on the Allies side. Others were known as The Axis.

The War began because Adolf Hitler, who led a political party in Germany called the National Socialists or Nazis promised to make his country great again and quickly began to seize land from other countries. On Friday 1st September, 1939, German forces stormed the Polish frontier. Tanks and troops raced into the country over ground, supported by planes overhead. A total of 1.25 million soldiers swept into Poland. On 3rd September 1939, the Prime Minister of Britain, Neville Chamberlain declared war on Germany. It involved many of the world's countries.

THE TASK: A MAP 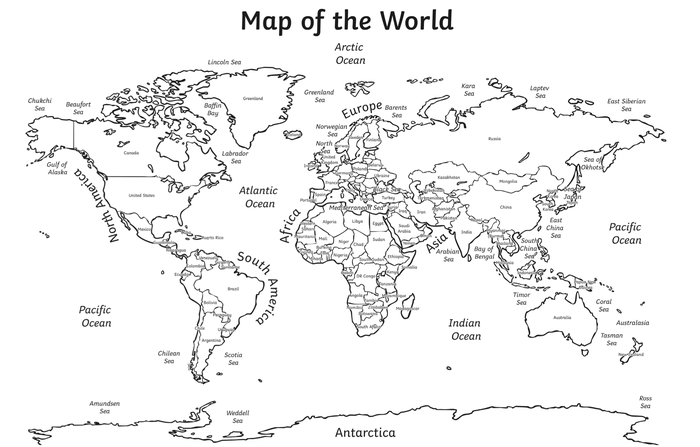 Explore the main countries who made up The Allies and The Axis during World War II. There are three ways you could do this:

1. Look at this map as a family and see if you can find all the countries (there is a larger version below)

2. Print off a copy of the map and colour it in using one colour for The Allies and one for The Axis.

3. Visit the AmChart site and make an interactive version of the map. 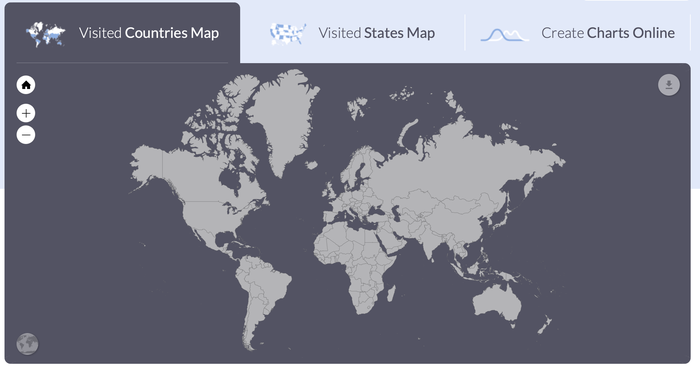 Visit the site and choose the countries from the checkboxes. You can also choose the colours for your map too. 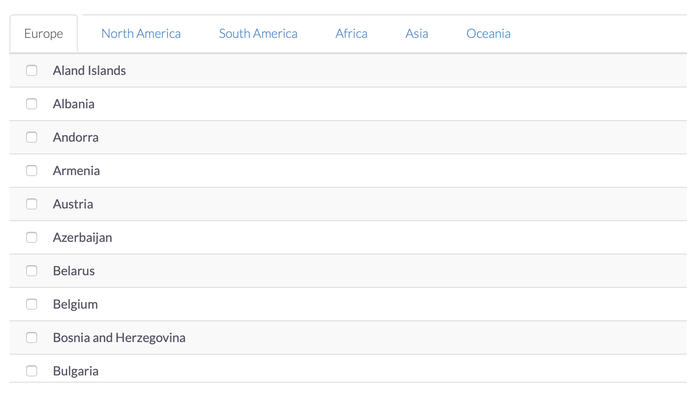 In the Second World War, you could be in serious danger even if you weren't fighting at the front.

This period of intensive bombing carried on for eight months and became know as the blitz. The bombing during the blitz was incredibly damaging. Historic buildings like Coventry Cathedral were flattened and large parts of cities had to be re-built.

This video, on the BBC, explains all about The Blitz and talks about two bombs that hit Buckingham Palace. 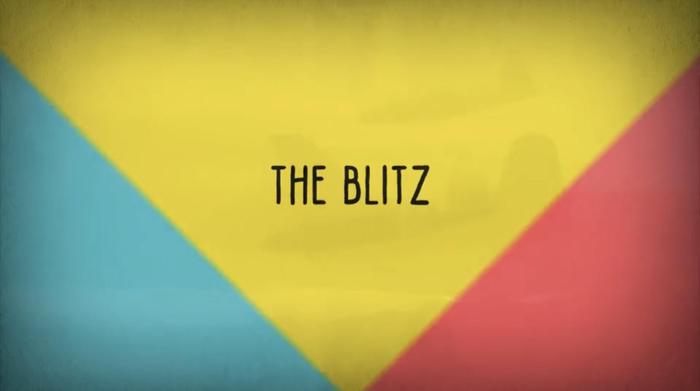 During The Blitz, many people took cover in the Underground stations of London . At the peak of the blitz,177,000 Londoners slept in the tube system for safety. Above ground homes used Morrison Shelters or Anderson shelters when the bombs were falling.

THE TASK - BUILD AN ANDERSON SHELTER

The latest surveys show that there are only 13 Anderson shelters still in their original position in the UK. Using a shoe box, a cereal box or something else, try to make a little Anderson shelter of your own. It can be big enough for a teddy, Lego figures or a doll. See if you can find something green to cover your shelter as they were often buried into the ground and covered in soil and grass.

World War II ended in Europe when Nazi Germany surrendered ‘unconditionally’ - which means they said they would stop fighting without any conditions or limits.

Celebrations took place across the country and around Europe.

In the United Kingdom there were lots of celebrations planned for the 75th Anniversary of VE Day. However they are not possible with COVID-19 around us. Many people, who lived through the war, have talked about the similarities of lockdown. The way the country is coming together, The way we are following rules. The feeling of being in our homes for longer to stay safe. And the way families are living apart.

THE TASK - REFLECT AND REACT

Write down how you are feeling. This could be:

in a poem (acrostic, limerick or a rhyme)

or a list of words formed into a shape

​​​​​​​Bake something to celebrate VE Day. This could be:

​​​​​​​Try to find some time to share your poem and your cooking with the family.

Don't forget to share all of your VE Day celebrations on the blog...